Unfortunately Blogger doesn't enable me to set out my chapter in the correct format, but here is what happens immediately after Kommandant Steiner takes a step backwards while attempting to assault Arlette and falls down the stone staircase of her house. 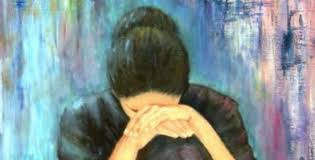 My Own Little Writing Retreat in Cornwall 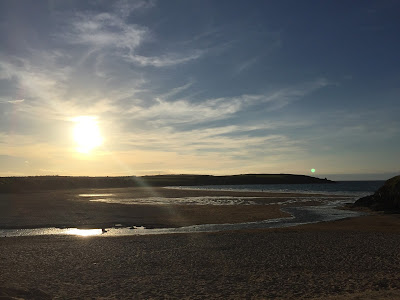 What a beautiful sunny day. Sunglasses a must and no need for a coat on Harlyn Bay. Brook and Harlyn love this beach – we named Harlyn after it thirteen years ago. She’s an old lady now but you wouldn't know it watching her running on the sand. Look at her smiling in this photograph! 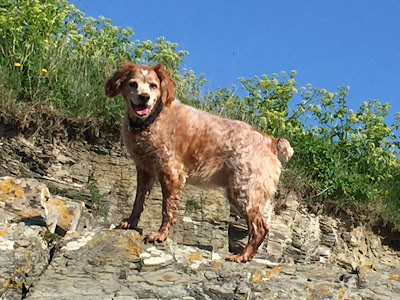 Back to the rental cottage for a day of writing. Only 1,500 words written because I was reading through my research and plotting my next chapter. I’m writing a dual narrative called Tomorrow's Not Promised. My first protagonist is Matilde Pascal, a French woman who works at the Jeu de Paume museum in the Tuileries, in Paris during WW2. My other main character is Corporal Hans Engel, a German soldier who has been assigned to work alongside Matilde. 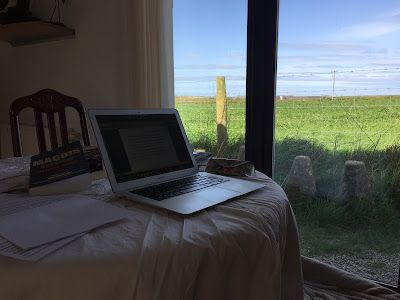 Sunshine and bare blue skies. I’ve made friends with two donkeys in the adjacent field and enjoyed a cream tea in the garden. 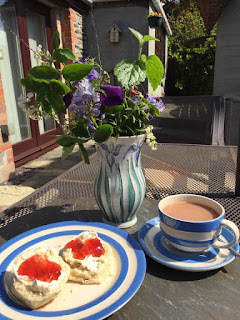 I read through yesterday’s writing and edited a little. I like to know my chapters are acceptable before continuing with the next chapter. (I’ll be doing two or three edits of the whole book at a later date.) 2,500 words completed today with Matilde making an unexpected decision and Reichsmarshall Hermann Göring arriving at the museum.

Is it really the middle of April? Where are the April’s showers and cool winds? This weather is amazing, just look at the blue sky! My hairy daughters and I are loving being here. 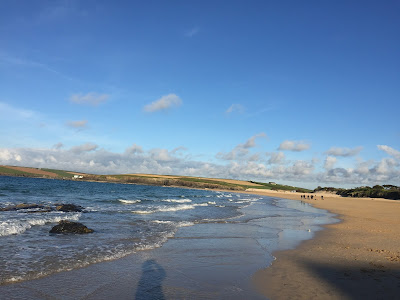 I had lunch in Padstow at the amazing Burgers and Fish and noticed that a bookshop had opened in town. Everyone knows I'd rather spend an hour in a bookshop than a clothes shop so I bought a book - A Country Road, A Tree. I’ve been reading as well as writing this afternoon. 2,300 words written. 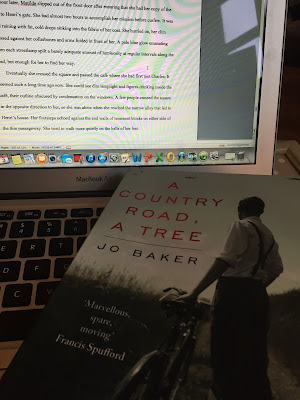 I explored a new beach called Hawkers’ Cove. How have I been visiting this part of Cornwall for twenty years and never discovered it? It’s a beautiful small bay between Harlyn and Padstow. I collected some stones for painting when I get back home. Here are two I’ve done, but as you can see, I need practice to make the lavender feel less rigid. (See my blog about our lavender field at www.ourlavenderfield@blogspot.co.uk) I visited a wonderful farm shop on the way back from Hawkers' Cove and bought too much! If you're ever down in the south-west, it's well worth a visit. Even the hens wander in from the yard - look! 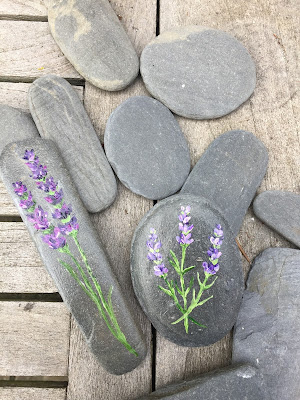 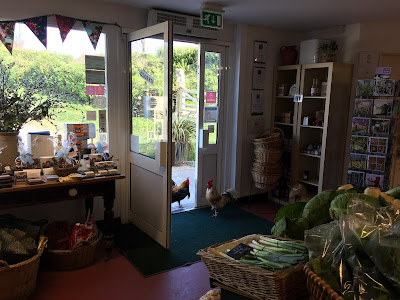 The hens are shopping - wonder if they're looking for eggs?

Almost 3,000 words written today and lots of research about Jewish art galleries being raided by the Nazis. I also made notes about the catacombs beneath Paris. (There are hundreds of miles of them with thousands of bodies buried down there.)

My daughter, her fiancé and my 3 year old twin granddaughters are visiting Harlyn next week, so I bought 5 x 2 gifts and buried them on Harlyn Bay, took photographs and made a map of where to find them. The treasure hunt is ready – I only hope they’re not discovered by other little fingers first!

2,800 words written this afternoon. Matilde has been evicted which came as a surprise to me! She’s now working for the Resistance as well as the Jeu de Paume museum, which is full of the enemy. I know what’s going to happen a few chapters on, but I can’t warn her!

The sun is still shining and my coat is still being left behind at the cottage! I took a long walk on the beach with Harlyn and Brook followed by a wander round Padstow. The buried treasure looks untouched, but it is very well hidden! 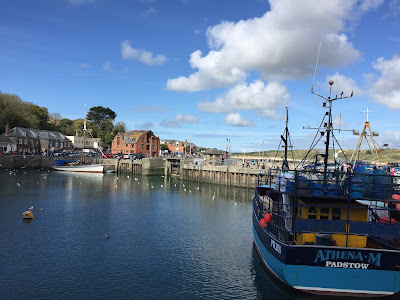 3,000 words written this afternoon helped along by Turkish delight bought this morning. It's my last day as I'm travelling home tomorrow after another morning dog walk. 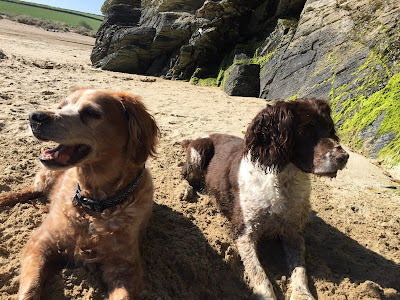 Here's an excerpt from the opening chapter of Tomorrow's Not Promised. It sets the scene at the beginning of my book, but a huge amount has happened since then and where I am now, writing Chapter 17. (I know it's not set out correctly, but blogger won't enable me to indent etc.)

Paris had fallen. It was unthinkable. It was terrifying.
Matilde Pascal leant out of her second floor apartment window, the stone lintel grazing her elbows as she edged forwards to get a better view. She looked at the sky. The weather was showing its allegiance to the citizens of Paris by offering an equally cold reception to the German troops. She watched squat black tanks roll into view, grumbling along the Rue de Rivoli, followed by a line of armoured trucks and motorbikes with sidecars. Along the avenue she could see people watching in silence as the enemy paraded into their capital city. The reverberation of the slow, deliberate invasion made a knot of anxiety tighten in her stomach.
A pall of black smoke had hung over the rooftops for days. Although people spoke openly about civil servants destroying records so that the Germans didn’t have access to them, she had been told that it wasn’t the burning of paperwork that was causing the dark cloud. It came from oil depots that had been set alight by retreating French troops. If the people of France were unable to make use of the fuel, then they’d make sure the Germans wouldn’t get their hands on it either.
Matilde chewed her bottom lip and decided that the darkened skies seemed like a fitting apocalyptic note for Paris as the city prepared to receive the invaders. She felt her husband’s breath on her neck as he leant over her shoulder. Xavier had said he wouldn’t give the filthy Boches the satisfaction of an audience, but his curiosity must have proven too strong. They heard a pulse of rhythmical footfall as row upon row of soldiers marched beneath their window. Matilde swallowed hard. France was occupied by a foreign power. It was appalling, yet fascinating to watch.
She squashed an ant on the stone mullion ledge with her forefinger. 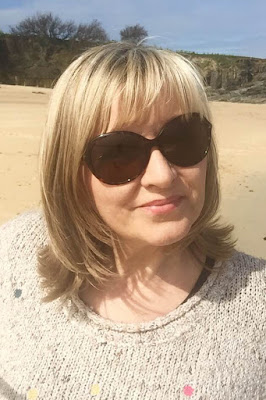