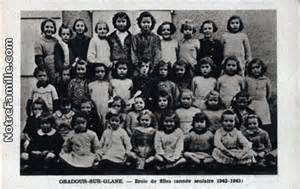 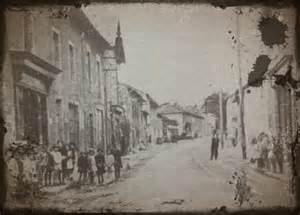 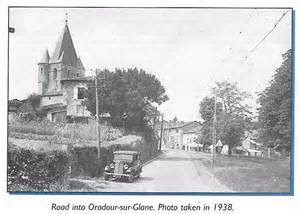 I'm writing the second book of a trilogy set in France during World War 2. As LP Hatley says in The Go Between, 'The past is a foreign country; they do things differently there.'

Not only did I need to become a virtual back-packer and learn the cultural differences of another country, but I also had to become a time traveller, re-setting and familiarising my world to the early 1940's. A writer of historical fiction must be accurate because the reader will not be fooled by guesswork. It only takes one inaccurate fact for the reader to close the book with a tut (or worse) and never buy another novel by that writer again. The first book of my trilogy, The Midday Moon, is set in rural France and tells the story of a farmer's daughter during the five years of WW2. My protagonist, Arlette Blaise, takes her grandmother back home to Oradour-sur-Glane on the day of the massacre. So apart from imagination, how do I strive to write exact historical fiction?

1. I couldn’t have placed Arlette in such a traumatic situation without visiting the martyred village first hand. I have walked the roads of this once quaint village and absorbed the atmosphere. I’ve seen the aftermath of brutality. As a writer, I feel a weight of responsibility in telling a story about a fictional character living through what was an actual genocide. I’ve endeavoured to honour the villagers' last hours with respect and accuracy, to choose the right words and not to glamourize this horrendous crime. Charles de Gaulle declared that the ruins must stay as a permanent national monument to the townspeople’s suffering, so I found Oradour-sur-Glane just as it had been left on the day of the massacre; frozen in time. What better way to write about factual surroundings and infrastructure.

2. I've read numerous novels set in the era. This is a great starting point for cultural immersion. I attuned myself to the writers' rhythm, nuances and the tone of the language used back then. Picking up a few extra details is always a bonus - which of course must be placed in my novel in my own way. For example, I learned through reading one book that the French folded their Metro tickets into V shapes, for Victory during the war. It was a small way to show contempt towards the invading Germans.

3. Non-fiction books are also invaluable. Pages and pages of facts and photographs build up a past world to write about.

4. Speaking to people who lived during the war highlights some rare treasures of information. Obviously this is only possible if your story is set during the past seventy-eighty years, but the older generation are full of stories they love to share.

5. The Internet! What did we do before the Internet? There are archives, interviews, photographs, paintings, stories and newspaper articles out there, all waiting to be discovered.

6. Magazines are also a hive of information. One which has been an enormous help to me is World War 2 Magazine. The description of tanks and writing about accurate weaponry is vital to make a scene sound authentic.

7. Television films and documentaries pull you into the screen making it easy to absorb the atmosphere, the fear, the horror and the bravery of many ordinary people. Here are just a few I've watched with notepad and pen in hand!
'Colditz,' 'Thunderbolt,' 'World War Two - The Lost Colour Archives,' 'The War' by Ken Burns, 'World of War: The Complete set,' narrated by Sir Lawrence Olivier, 'Band of Brothers,' 'Holocaust,' mini series and 'The Architects of Doom,' documentary.

Here is my blog post about my visit to the devastated remains of Oradour-sur-Glane and a excerpt from that particular chapter of The Midday Moon. Arlette and her grandmother have been ordered to the village green by the Nazis. Blogspot doesn't allow me to indent speech or change the layout but I hope it sounds authentic to you and thank you for reading this post.