What's In A Name?

I'm excited! My second book is with my agent and I'm preparing the outline of my third novel. I've notebooks, magazines, books, newspaper cuttings and a million scraps of paper with scribblings on them in piles on my desk. My next novel is going to be set in two eras. An object will be gifted to a governess in the late 19th Century and this object will play an important part in someone's life over a hundred years later. I've only written short historical stories so far so I'm really looking forward to the challenge of getting to work.

Before I started organising my notes, I needed to choose names for my characters which were believable, strong and of the correct era. Using the right names of the period can add authenticity to a story. Whether you call your character Sky or Autumn, born in the flower-power 60's, or Hashtag (yes, seriously) in 2012, their names will influence the characters themselves. Would you call your handsome hero Nigel? (sorry Nigels) Seriously, Nigel and Juliet really doesn't work!

I've had great fun searching through Victorian forenames and surnames. Many names were taken from the politicians, religious leaders and celebrated military heroes of the time, such as William, Victoria and George. Girls were also given virtuous names such as Hope or Charity but it wasn't uncommon for mothers to give their daughters their maiden name as a second given name, such as Louisa Jennings Jones. Readers automatically associate names with people they know; names which have stereotypes attached to them. Kylie would conjure up a petite Australian singer, whereas Russell would create an image of a long-haired comedian. Best to avoid these where possible.

What do you think of the names I've chosen for my characters? I'd really appreciate feedback and would change them if you think one didn't suit. My 19th Century governess and protagonist is called Esther Jefferson, daughter of Dr Charles Jefferson. The groom and love interest is called Silas Dredge and Esther's friend, the cook's help, is called Hetty Mallory. Esther goes to work for Mrs Elspeth Fortesque to teach the children, George and Mary.

There have been some amazing names given to fictional characters over the years. Names which conjure up a different time, fear, longing, hatred and desire. For a bit of fun, here are my personal top five. I'd love to hear what your top five would be.

5. In fifth place is Abel Magwitch. A perfect name for a fugitive who'd escaped from a prison ship in Great Expectations. 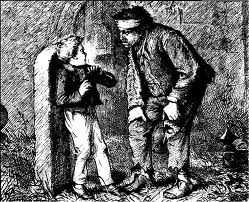 4. Bathsheba Everdene comes in fourth. An strong woman who doesn't want to give up her independence, even for love, in Far From The Madding Crowd. 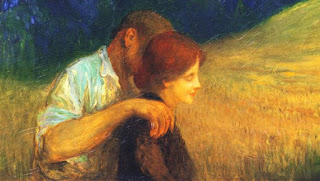 3. Coming in third is Flashman. I remember watching Tom Brown's School Days as a child and Flashman was such an intimidating bully of a character. I clearly remember the scene where Flashman ordered his 'friends' to hold Tom against an open fire. 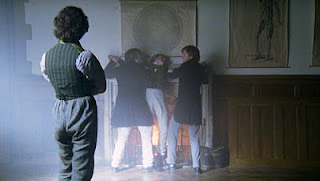 2. And the runner up is Gabriel Oak. What an amazing character name for the kind young shepherd in Far From The Madding Crown and the future love of Bathsheba. Hardy came up trumps with two great fictional names! 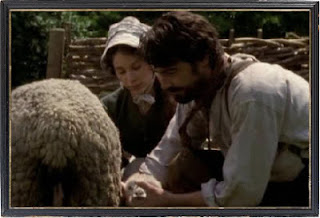 1. First place goes to the incredibly sexy Rupert Campbell-Black. I can almost smell the sweet grass on his jodhpurs and the earthy scent from his boots as he strides into the hall to sweep me off my feet and..... Okay. You get the idea. He isn't called Nigel!! 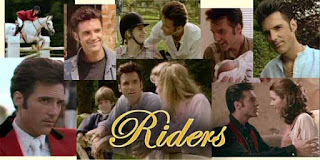