My holiday reads and some photographs too!


It's said that if you're writing a novel of a certain genre, you should read as many books as you can of that particular style. I'm currently writing a book called The Midday Moon, a dual narrative set in Limoges, France. It's a story about two women who are related but have never met. Rachel Blaise inherits a farmhouse in Limoges in 2014, left by her great-aunt Arlette. She takes a sabbatical from nursing in London to project manage the renovation. However, she makes a shocking discovery on her first visit there and sets out to find out what tragic events led to that discovery. She finds the answers as she unearths the secrets of what happened to her great-aunt Arlette Blaise, during World War II.

I've already immersed myself in many books, both fiction and non-fiction relating to Vichy France, but decided to take the following novels on our special anniversary holiday to The Maldives, just before Christmas. Although I have a Kindle and read one Kindle book to every two 'real' books, I took my holiday reads in paperback so I could high-light dates, facts, time-lines and anything else which would add to my knowledge of what life was like during the war in France.

My first holiday read was Citadel, the final volume of Kate Mosse's Languedoc trilogy. Thankfully I started this book at the hotel at Gatwick airport, the day before we flew. It's 1,000 pages long and took almost a week to finish having squeezed it in between dolphin spotting, sunset fishing, kayaking, big game fishing and a trip to a genuine deserted island. The focus of this story is the second world war in France, but the story of resistance fighters in Carcassonne is interwoven with that of a fourth-century monk secreting a Gnostic text in the mountains, where it stays hidden for centuries. Kate Mosse delves into the stark and bloody years of Vichy France, subjecting her mainly female cast to terrible pain and anguish. She has an unwavering sincerity of tone which lasts throughout the book, her scenes are vivid and when you eventually master the myriad of names of her characters, it's an enthralling and sometimes brutal mystery which makes you want to keep reading in the shade rather than lying in the sun! 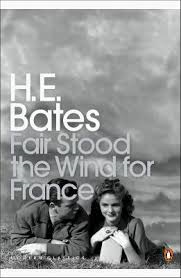 My second holiday read was Fair Stood the Wind for France by H.E. Bates. It's a comparatively slow-paced novel to begin with as a British crew crash-lands their Wellington bomber in France, following a raid in Italy. They discover a farmhouse whose occupants agree to shelter them. The pilot is badly injured and a romance gently unfolds between him and the daughter of the family who nurses him back to health. The other airmen make their own way out of France but as the Germans advance ever closer to the pilot's hiding place, he must escape before it's too late. The storyline's pace increases along with the reader's heart-beat! The final chapters are nail-biting and culminate with a series of events which shocked me and left me with my mouth gaping at the unexpected turn of events. 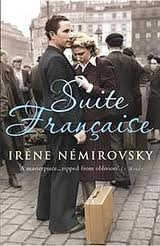 My third book choice was Suite Française by Irène Némirovsky. Irène started this book in 1941 where she began to write of the magnitude of what it was like for ordinary families to live through the German invasion in France. Her book falls into two parts; the first being the incredible depiction of Parisian families fleeing the Nazis and the second telling of the struggles which the inhabitants of a small rural community have to face daily, under German occupation. You'll need time and peace to read this novel as it's teeming with characters with French names, (obviously!). It's painful to read because the reader knows it's based on the truth and the incredible cruelty mankind is capable of; but even in such extreme circumstances, love finds a place. What made this novel even more poignant, is that Irène Némirovsky was torn away from her husband and daughters in 1942, and died in Auschwitch without ever finishing her book. It's breathtakingly heart-breaking to read her own story at the end of the book. Incredibly moving and can't be read without a box of tissues close by. 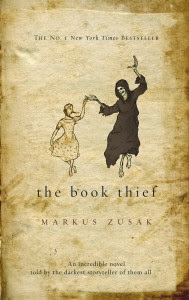 My final holiday read was The Book Thief by Australian author Markus Zusak. The story is narrated by Death and is set in Nazi Germany, a place and time when the narrator notes he was extremely busy! It tells of a young girl's relationship with her foster parents, their neighbours and a young Jewish man who hides in her home during the escalation of World War II. I felt pretty shattered having read it. It was brutally beautiful, searingly painful, poignant, tender - wow, it was colossal. I gave it five stars on Goodreads and was literally dazed when I finally closed the back cover.

Despite the subject matter of my holiday reads being traumatic to say the least, I did have a wonderful holiday and also managed to write another 12,000 words of my novel. Here are a few photographs to prove that I had fun and enjoyed the hot sunshine in December! 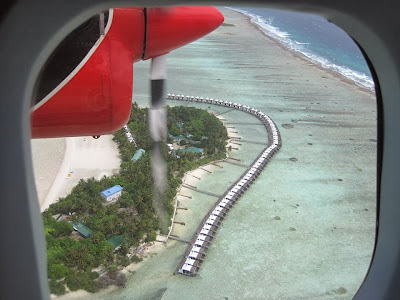 Flying in a sea plane. Our first view of our island. 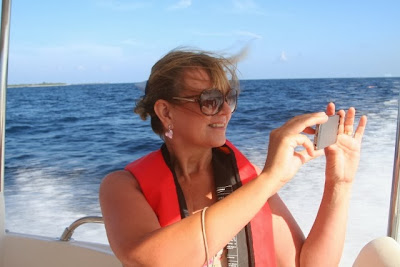 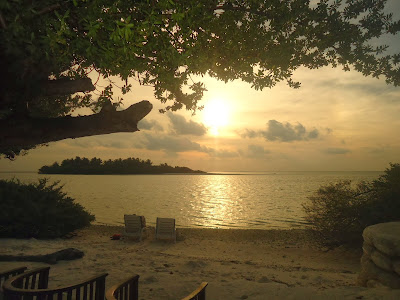 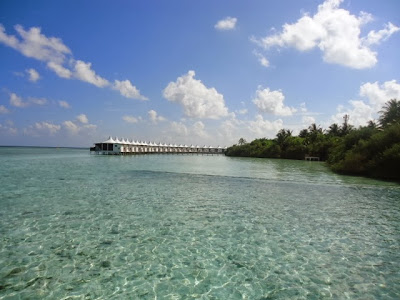 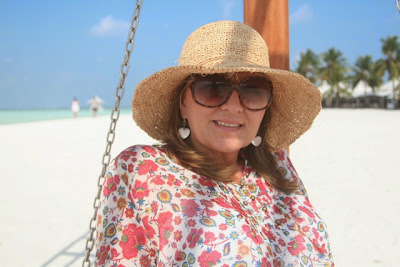 Reading in the sun. 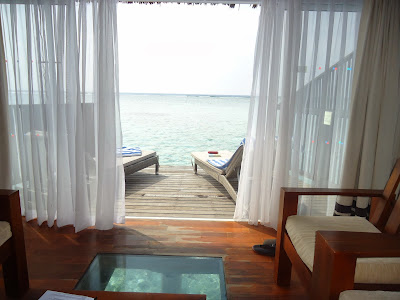 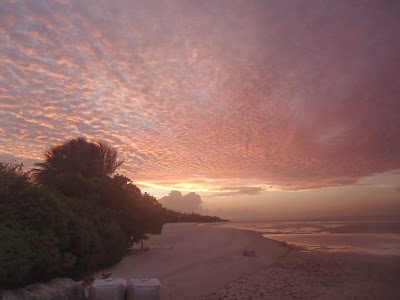 Every evening a beautiful sunset ended another perfect day.