Mathematics? It's a foreign language to me. Sudoku? Why put yourself through such misery? (Supposedly for fun). Memories of binary lessons at my girls' grammar school can still bring me out in a cold sweat ... oh and the slide rule! An instrument of torture. Numbers may as well be hieroglyphics to me.

But words ... I've love them - can't get enough of them. Reading them or writing them, I'm in heaven. 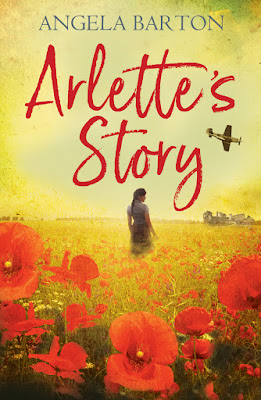 After my three children grew up and left home, I had more time to do the things I wanted to do. The thought of writing a novel hadn't even entered my head. It was the process of writing that I craved, not its publication. I wrote long newsy, embellished letters to people. I wrote short stories for my eyes only. I wrote children's stories that never saw the light of day. I packed them away in a drawer, happy for them to stay there.

Then I woke up one morning with a story in my head. I remember, it was 7th July, 2007. I spent the day in bed scribbling into an A4 pad. I couldn't stop the images and storylines from coming and didn't believe I could afford the time to get showered and dressed in case the images faded. This novel took a year of re-drafts, editing and polishing before I began to realise that I was proud of my achievement. It was the first thing I'd done for myself and I'd completed it. Perhaps it could be published? In fact, that was now quite an exciting thought. I started searching for a literary agent. I sent off 3 submissions at a time. (Agents prefer you send to send one out at a time, but if it takes 6 to 16 weeks to receive a reply, new writers would be receiving their pensions before they found success.) I wrote down when and to whom I'd submitted to and waited. It wasn't long before the cold shower of rejection letters started to drip onto the doormat. 'Not quite what we're looking for.' 'I didn't quite love it enough.' 'Our author list is full.' Now I have to say, when I'd received almost an A4 page of rejections and had written 'It's a no,' in red pen next to the agents' names on my list, the penny dropped. (It could have been ten pence, but as you now know, I don't do numbers!) If I wanted to be published, I had to up my game, as they say. It was up to me to learn and improve my writing. So I set about doing just that.

I started novel number two. I joined a writing group (Nottingham Writing Club) where I won several club writing trophies. I bought how to books about novel writing, grammar, character development etc. Time passed. I joined Twitter to develop an online presence. I continued to write. I continued to submit my book. I continued to be rejected. I entered competitions - and came nowhere. I joined Facebook. I travelled to London to listen to published authors speak and attended workshops at Harper Collins Publishing. I went to masterclasses, annually visited The London Book Fair, and also listened intently at local libraries to writer interviews. I continued to write. I started my own blog and read many other authors' blogs. More time passed. I continued to submit my book and ... a London-based agent asked to see my entire manuscript. She liked it! She sent me a contract. I signed it. This was it! Or so I thought.

With the contract signed, I finished my second novel and started on my third. For the next year I intermittently heard from my agent. Each time she informed me that she hadn't found a publisher for my novels. Significantly to me though, I was receiving more positive feedback about my books from these publishers. This encouraged me despite the continued rejections. Novel one and two were contemporary women's fiction but for novel three and having visited France and the martyred village of Oradour-sur-Glane, I felt compelled to write my next novel in a different genre - historical fiction. I informed my agent about my decision but I got a lukewarm reception. Well, thinking back, it was an Arctic iceberg of a response. "It's not a popular genre," she says. I say, tell that to Georgette Heyer, Philippa Gregory and Elizabeth Chadwick (who I had a lovely cup of tea a piece of cake with in Nottingham) and hundreds more very successful authors. Surely an agent supports and encourages her/his writers? Not only this, but I couldn't enter a significant number of competitions because I HAD an agent. A part of me was saying, an agent in the hand is better than two in the bush (you know what I mean) but the other was saying, she's actually holding me back instead of helping me.

Eighteen months after finding an agent I wrote to her and ended our contract.

Instead of feeling disheartened, I felt free. I continued to write and in whatever genre I wished to express myself. I researched. I joined a second writing group (Nottingham Writers' Studio). Several of us developed an off-shoot fiction critiquing group called Ellipses and Ampersands. We meet monthly to critique each other's chapters and to give encouragement and support. (Hello Frances, Andy, Gaynor and Paul). I entered a national First Chapter Of An Unpublished Novel Competition AND WON! I now had an additional achievement to add to my writing CV. I pitched to agents at The London Book Fair and at the writing studio. As years had now passed by, I was watching and learning from online writing tutorials. I entered my third novel to the Festival Of Romance's New Talent Award in 2015 (people fall in love during wartime, too). I was shortlisted. I entered Choc Lit's Search For A Star and I was shortlisted. I started book four - another historical novel set in Paris during the German occupation. I went to another London Book Fair. I continued to write.

I can't pretend that I felt upbeat about writing throughout these ten years. Several times I became despondent, but this is where friendships, both actual and virtual online friendships, help. The support I received during these downbeat moments was immense. To mention a few people who were bastions of support: my twitter and author friend, Mariam Kobras. In the early days of my writing she told me I was a writer, not an aspiring writer. Frances Thiamann, Andy Miller, Gaynor Backhouse and Paul Anderson, my fiction group towers' of strength. Tina Williams who worked with me at the City Hospital and who read my book on reams of paper and was so positive about it. Of course my family, too. They are everything to me but maybe they're a little biased!

So, eleven years after I sat up in bed with a story to tell, I have signed THREE contracts for my first three books, with Choc Lit's new imprint, Ruby Fiction. My novel, Arlette's Story, (the historical novel my agent didn't want me to write) is now published. Thank you so much, Ruby Fiction. 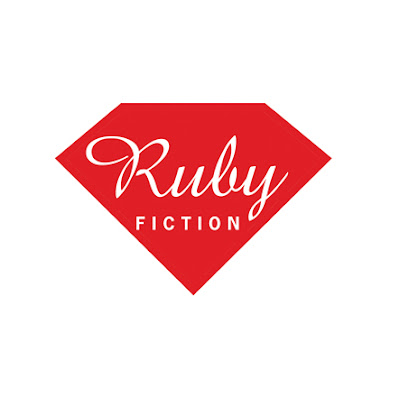