When Germany Changed The Clocks 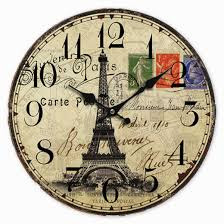 With the sun’s rays pinching her skin, Matilde turned a corner onto the Boulevard Saint-Germain on her way to the butcher’s. Paris smelled different. It looked different. She surveyed the length of the road, its buildings scarred with blood-red swastikas and its pavements clattering to the sound of German jackboots and the shrill ringing of bicycle bells. Street signs were painted in bold Germanic words and even the church clocks chimed to German time, having all been moved on two hours by the enemy. She noticed that yet another shop had been boarded up as she stepped into the road.

At this month's monthly fiction group at Nottingham Writers' Studio, I had my latest chapter critiqued. Members asked what I meant when I wrote in the paragraph above, that clocks chimed to German time, so I thought I'd explain with a blog post. They also mentioned that small facts gained from research are not only interesting but also strengthen the story and makes the imagination see more vividly.

Before the 17th Century, people in the French countryside used to time their lives by the sun – even after the invention of clocks. They got up with the sun and went to bed with the moon. Whatever the time was in Paris or other major cities had little to do with their lives. It was the coming of the railways that started the move towards standardization of time.

It became apparent that the use of solar time became inefficient and even disruptive as communication improved. In 1891, France adopted Paris Mean Time (called this to avoid using the word, Greenwich) as its standard national time. It seems comical now, but train timetables and railway clocks were set five minutes late to prevent passengers missing their trains! Naturally it didn’t take long before people realized this and allowed a few extra minutes for their journey – and occasionally missing their trains!

There’s an interesting article written by Yvonne Poulle that can be found online. According to her research there was no official order at the beginning of the war about the time change. The occupying army simply arranged the time change with the local French authorities and it was later confirmed in the local press or by word of mouth. Unbelievably, for a while, the Occupied Zone of Paris and Northern France were two hours ahead of the Unoccupied Zone in the south (Vichy France). The difficulties this produced are not difficult to imagine, especially on the railways. Eventually the SNFC (the French railway authority) suggested that both zones should observe the same time. On March 9th 1942, Vichy France was required to change to GMT plus two hours to bring it into line with the rest of France and Germany.

Many French people resisted this order. As a gesture of defiance, they stubbornly refused to change their clocks at home and kept to the old French time. In Jean Anglade’s novel, La Soupe à La Fourchette, set in the south-central Cantal region of France, one of the story’s main characters insists on keeping the family clock on ‘old French time’ – two hours behind as an act of resistance. This clock is hit by a stray bullet in July 1944 during a skirmish between Germans and the Resistance.

After liberation, France returned to GMT plus one hour all year round with no seasonal change, and so it remains. 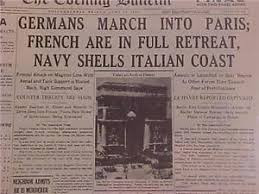