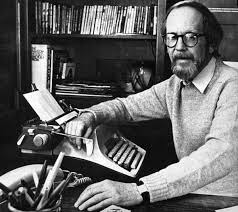 Writer Elmore John Leonard passed away last Tuesday 20th August 2013. He died surrounded by his family after suffering a stroke at the age of 87. His funeral was held in the author's home town of Birmingham, Michigan, on Saturday. Elmore was an American novelist and screenwriter whose earliest novels, published in the 1950s, were Westerns. However he went on to specialize in crime fiction and suspense thrillers, many of which have been adapted into motion pictures. Remember Maximum Bob, Out of Sight and Get Shorty?

Elmore was renowned for his terse, no-nonsense style and sparse use of dialogue, his works inspired numerous screen adaptations. The author of 45 novels, Elmore had been in the process of writing his 46th. In an interview with Radio 4's Broadcasting House that was aired on Sunday, presenter Paddy O'Connell asked Elmore's son, Peter Leonard, whether he would finish the book.
"I would, I think so," he replied. "It's been discussed among family members and I've talked to Greg Sutter, Elmore's longtime researcher. "At the funeral, another son, Bill, told mourners, "Everyone knows that Elmore was a great writer. But only a few of us know that he was a great father - funny, patient and incredibly generous."

Following the service, Leonard, who served as a Navy seaman during World War II, was given military honours, which included the playing of taps and a flag-folding ceremony. As well as the order of service, attendees were given a small card listing Leonard's famous 10 Rules of Writing. Here are the 10 Rules.

1. Never open a book with weather. If it’s only to create atmosphere, and not create a character’s reaction to the weather, you don’t want to go on too long.

Notice how he immediately gets the focus where it belongs: on character. We read not to learn that it’s a glorious day but to understand how a character feels when the day of her lover’s funeral is the kind of sultry day they loved best.

Here, Mr. Leonard immediately breaks his own rule, citing a prologue that serves a purpose: “There is a prologue in John Steinbeck’s Sweet Thursday, but it’s okay because a character in the book makes the point of what my rules are all about.”

3. Never use a verb other than “said” to carry dialogue. The line of dialogue belongs to the character; the verb is the writer sticking his nose in.

*note to self* Go and edit your dialogue Angela!

*note to self* Go to confession!

5. Keep your exclamation marks under control. You are allowed no more than two or three per 100,000 words of prose.

6. Never use the words “suddenly” or “all hell broke loose.”

7. Use regional dialect or patois sparingly.

In Ernest Hemingway’s Hills Like White Elephants, what do the “American and the girl with him” look like? “She had taken off her hat and put it on the table.” That’s the only reference to a physical description in the story, and yet we see the couple and know them by their tones of voice, with not one adverb in sight.

10. Try to leave out the part that readers tend to skip.

Elmore Leonard concluded his rules by citing his most important rule – the one that sums up all of the rules: 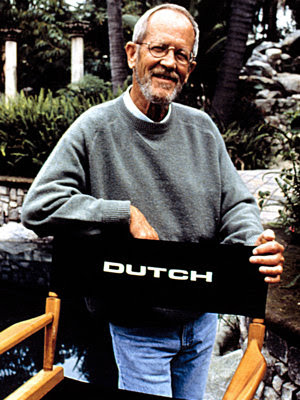 I thought I'd share a poem I wrote for a writing competition. The theme was Turn Back The Clock and the poem had to include this phrase. It's a little dark, but I was absolutely thrilled to win first place. 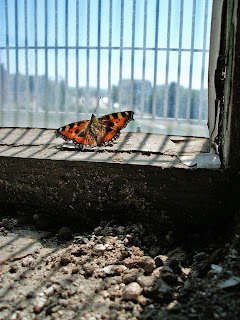 Trembling behind gauze, like a trapped butterfly
Listening to the scrunch of rubber on gravel.
He’s home.
A door slams as headlights fade.
How can a lover become a stranger,
As swiftly as a once polished plum
Becomes covered in a delicate froth of fungi?
Turn back the clock to those heady fruitful days
When love blossomed.
Shared dreams divided by time
And split like parched wood.
Unnourished.
His footfall, once a welcoming tread,
Now splinter my calm with regret
As he strides on the polished parquet.
Turn back the clock to a time when our words tumbled
like a rushing brook in a spring thaw.
Before the wordless air ambushed me,
Squeezing my breath at his glance.
A look which once glowed with love,
Now glowers.
Loving praise decayed into mute criticism.
A curl of his lip.
Turn back the clock to a time when the sun shone
On entwined fingers, and a passionate embrace.
His kiss, once lingering and heartfelt is but a memory,
Bleached pale by time’s incessant race.
“Goodnights” unspoken.
An extinguished bulb
Signals the end of his day.